5.     A Hemingway hero asks lots of clarifying questions. Maintain a list of Macomber’s. Note who provides the answers and not just what he says, but his manner in doing so.

6.     On page seven, what is Macomber’s important announcement?

10.  Margot persistently attacks Francis’ weak spot, which is what?

12.  Why doesn’t Margot want to hold Francis’ hand? What does she do instead?

13.  On page 21 the flashback comes to an end. Where specifically, does this occur? What does Hemingway reveal to the reader in the ensuing exposition and reflection?

15.  Provide proof (from the dialogue) that Mrs. Macomber is the one who wears the pants in the marriage. Be specific with your reasoning.

Jack London's To Build a Fire 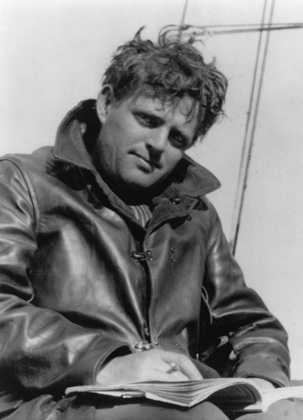 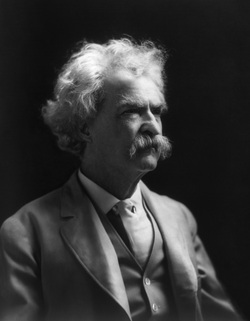 The works of Mark Twain are marked
by a relaxed, humorous manner of observation. In
his essay The Lowest Animal Twain satirizes human
nature by describing some experiments he supposedly
conducted at the London Zoological Gardens. Twain
takes Charles Darwin’s theory that humans evolved from
earlier ancestors, or “lower animals,” and turns it upside down.

"Man is the Reasoning Animal. Such is the claim."

“It is observed by Homer that a man loses half his virtue the day he becomes a slave; he might have added, with truth, that he is likely to lose more than half when he becomes a slave master.”
-Richard Whatley

As you read, think about these questions: